Skip to content
We use cookies to analyze site traffic & serve targeted advertisements, we do not store personal information. By continuing to use this site, you consent to our use of cookies. 🍪
Learn more
Project Description

In 2012, Forio worked with Latino Decisions and America Votes to visualize the potential impact of the Latino Vote on the 2012 election. With more than 22 million Latinos eligible to vote in the 2012 election, we created a visualization that illustrated their collective electoral influence.

Dr. Matt Barreto, co-founder and managing partner of Latino Decisions, was featured on MSNBC’s “Jansing & Co.” discussing the visualization and the importance of the Latino electorate. Watch the video here. 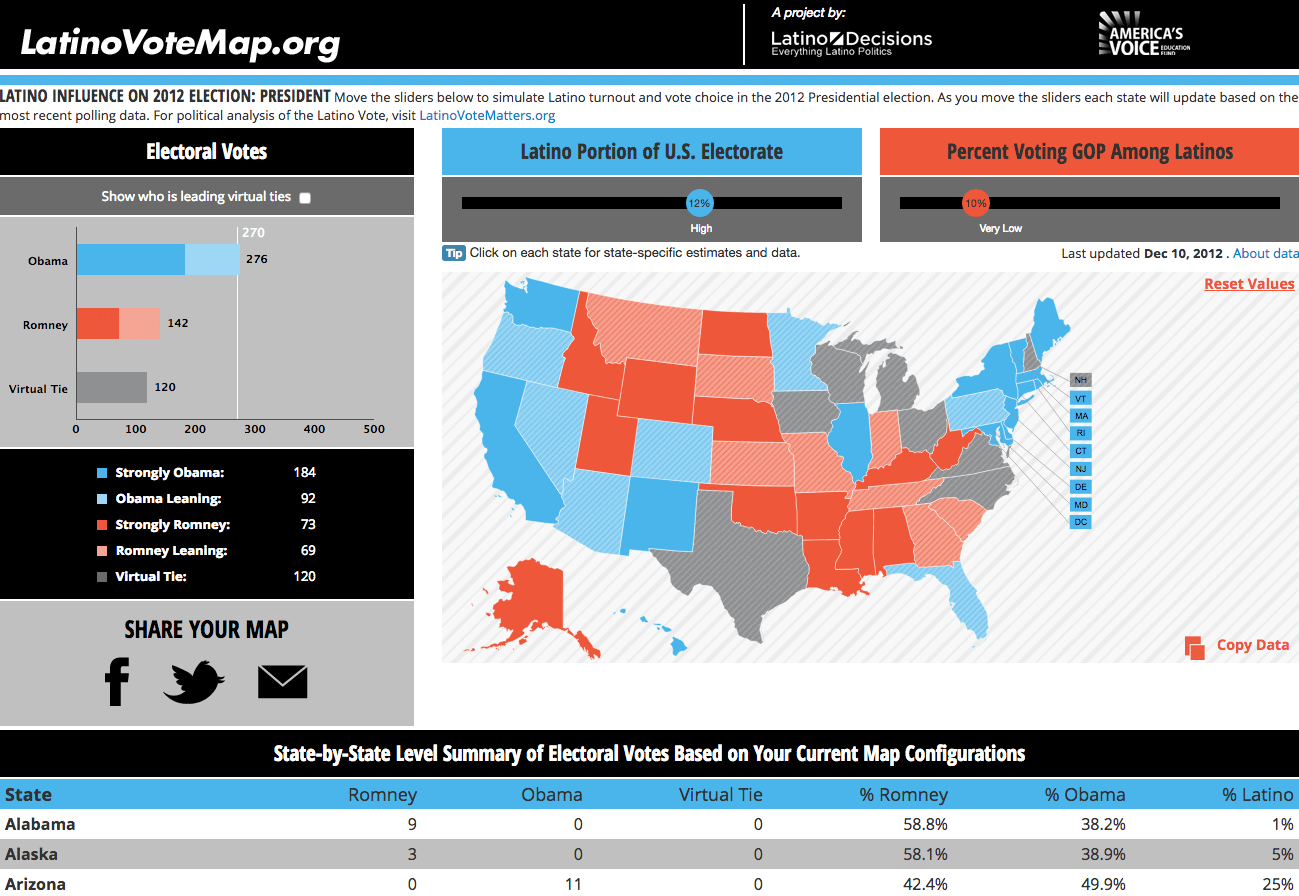 Find Out What We Can Make For You