Play the Near Beer Game

The basic concept behind supply chain management is simple: customers order products from you; you keep track of what you’re selling, and you order enough raw materials from your suppliers to meet your customers’ demand. So why is it that, in a recent article, the Economist claimed that, “Managing a supply chain is becoming a bit like rocket science”? 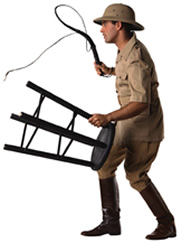 The problem turns out to be one of coordination. Suppliers, manufacturers, sales people, and customers have their own, often incomplete, understanding of what real demand is. Each group has control over only a part of the supply chain, but each group can influence the entire chain by ordering too much or too little. Further, each group is influenced by decisions that others are making.

This lack of coordination coupled with the ability to influence while being influenced by others leads to what Stanford’s Hau Lee refers to as the Bullwhip Effect. Decisions made by groups along the supply actually worsen shortages and overstocks.

The bullwhip effect is illustrated by a story Prof. Lee tells about how Volvo found itself with extra inventories of green cars. To get them off the dealers’ lots, Volvo’s sales department offered special deals, so demand for green cars increased. Production, unaware of the promotion, saw the increase in sales and ramped up production of green cars.

Cisco faced a similar problem last year that resulted in a $2.2 billion inventory write-down. Only a few months before the write-down, Cisco wasn’t able to get its products to customers quickly enough. Quoting a supplier to Cisco interviewed in CIO Magazine, “People see a shortage and intuitively they forecast higher. Salespeople don’t want to be caught without supply, so they make sure they have supply by forecasting more sales than they expect. Procurement needs 100 of a part, but they know if they ask for 100, they’ll get 80. So they ask for 120 to get 100.”

But coordination isn’t just about communication. Even in supply chains where communication is perfect, manufacturing and procurement delays can wreak havoc. That’s because while customers are asking for increased orders, backlogs are building, and it is oh-so-easy to confuse backlogged orders with increases in demand.

Thousands have felt the frustration of supply chain management in a simulation developed at MIT’s Sloan School of Management called the beer game. The simulation is run as a board game in teams playing the roles of retailers, wholesalers, distributors, and brewers of beer. As the backlog for orders increase, players order too much inventory, forcing their teammates into severe backlogs further down the supply chain. The game can be emotionally intense. John Sterman, Director of MIT’s System Dynamics Group writes, “During the game emotions run high. Many players report feelings of frustration and helplessness. Many blame their teammates for their problems; occasionally heated arguments break out.”

The Near Beer Game Simulation

You can try a version of the beer game called the Near Beer Game. It’s called the Near Beer Game because, although it’s not identical to the original beer game, it teaches many of the same lessons. It also teaches one extra lesson not in the original game: even with perfect information, even when there are no breakdowns in communication, you’ll still feel the bullwhip effect due to procurement and manufacturing delays. 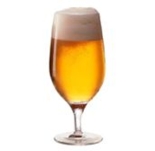 Play the Near Beer Game

Sounds easy right? Try it out and see how many weeks it takes you. See if you can bring the supply chain back into equilibrium without the bullwhip oscillations of stock-outs followed by over-supply.

How to Reduce the Bullwhip Effect

One way to reduce the bullwhip effect is through better information, either in the form of improved communication along the supply chain or (presumably) better forecasts. Because managers realize that end-user demand is more predictable than the demand experienced by factories, they attempt to ignore signals being sent through the supply chain and instead focus on the end-user demand. This approach ignores day-to-day fluctuations in favor of running level.

Another solution is to reduce or eliminate the delays along the supply chain. In both real supply chains and simulations of supply chains, cutting order-to-delivery time by half can cut supply chain fluctuations by 80%. In addition to savings from reduced inventory carry costs, operating costs also decline because less capacity is needed to handle extreme demand fluctuations.

How to make sure your simulations contain all the elements of your favorite sci-fi novel: setting, plot, theme, and moral.