This year, NASPAA looked to repeat the successful event, and chose to feature another Forio simulation.

Designed to highlight public sector challenges, the second annual graduate-level competition was held on February 27 and featured teams of public policy students from around the world. In total, 375 students from 135 universities competed around the world at eight regional sites. The theme for this year’s competition was Creating an Implementable Plan to Limit Global Warming. 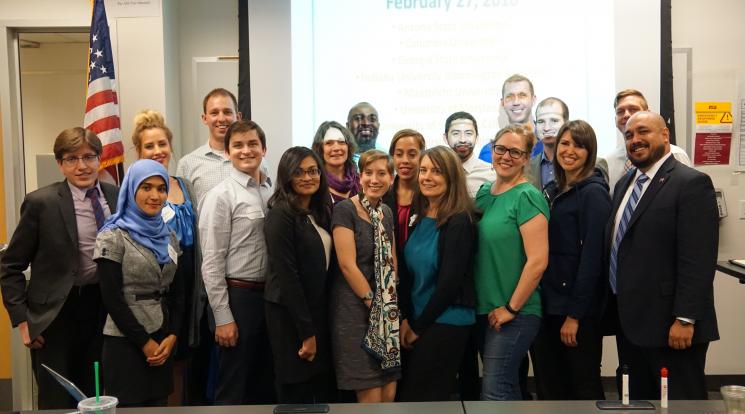 Teams of up to 21 people representing different universities worked together to complete four tasks:

The winning team created a solution that by the year 2100 limited global warming to 1.9 degrees Celsius from above pre-industrial levels, using a combination of carbon tax, coal tax, oil tax, renewable subsidy, and strong emphasis on energy efficiency in stationary structures (commercial buildings and homes) and mobile devices (autos and trucks). View the presentation from the winning team:

Read the press releases about the winning team and the runner up.

Teams used the En-ROADS simulation to understand the long-term climate effects (CO2 concentrations, global temperature, sea level rise) of various customized actions to reduce fossil fuel CO2 emissions, reduce deforestation, and grow more trees. Using the model, they were able to ask multiple, customized “what if” questions from the perspective of stakeholders of their assigned sector, and understand why the system reacts as it does. 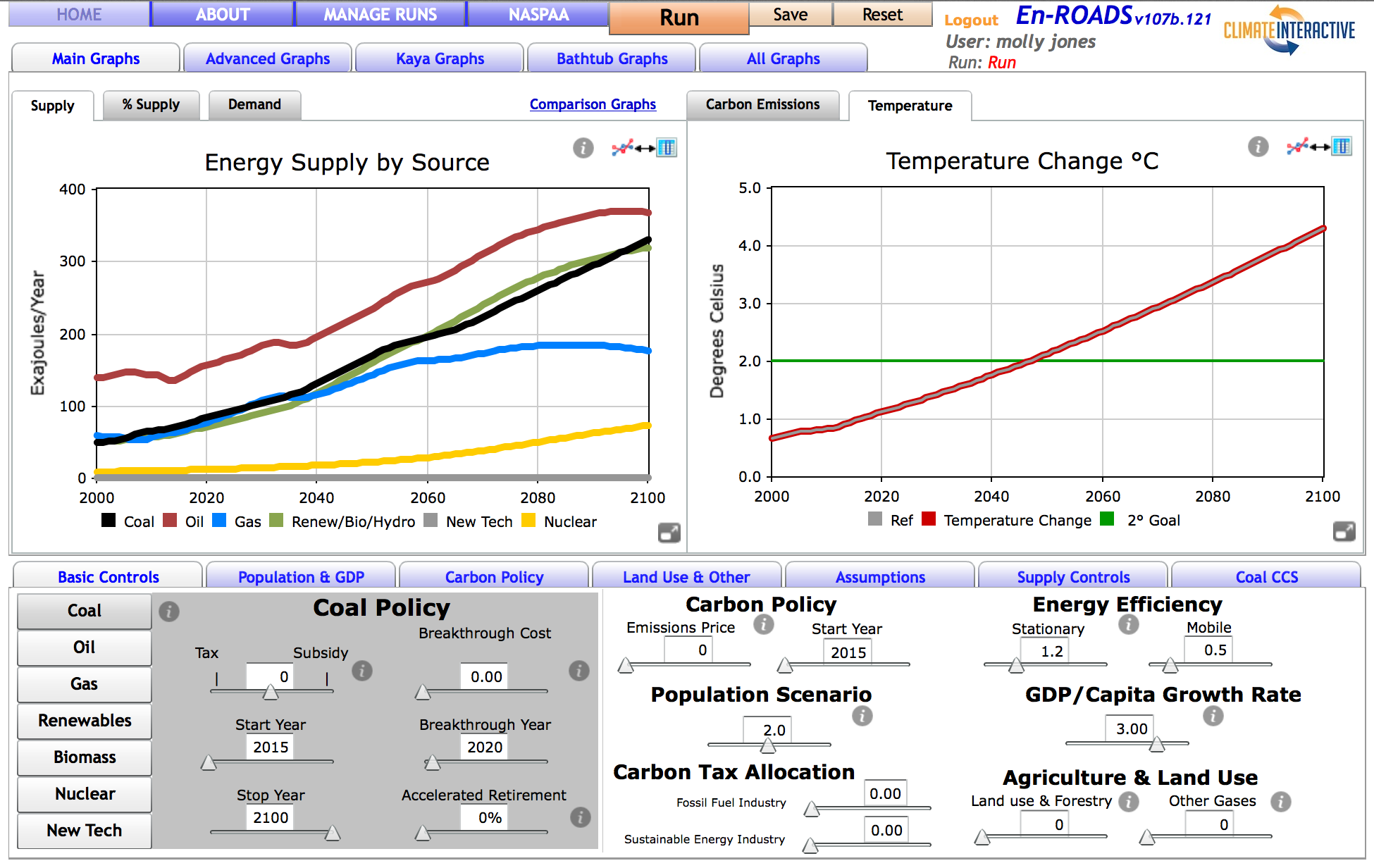 The En-ROADS model focuses on how changes in global GDP, energy efficiency, R&D results, carbon price, fuel mix, and other factors change carbon emissions, energy access, and global temperature. The En-ROADS simulation is built using the system dynamics method and emphasizes the dynamics of a transition to clean energy. The En-ROADS model and simulation were developed by Climate Interactive on the Forio Simulate platform.

Play it yourself! The C-Learn Climate Simulation, a simplified variation of the En-ROADS simulation, is available publicly for anyone interested in further exploring climate change.

Join Forio at the upcoming Coursera Partners Conference, March 20-22 in The Hague.