I’m a big science fiction buff. I like thinking (and reading) about the future. So perhaps it is no surprise that my favorite way of thinking of computer simulations is as a dynamic story. Similar to a good novel (but with an infinite number of possible endings), a solid story makes a simulation exciting, credible, and memorable. 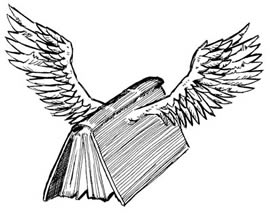 Once Upon a Time…

A simulation story contains all the standard elements: setting, plot, theme, and even a moral.

Plot. Users usually remember the plot of their simulation experience. The specifics will vary from user to user, but it usually starts in the beginning with an exposition of the case study. Drama and tension build as the user struggles with the business case. Frequently, it concludes with a dramatic twist, either positive (high score!), or - more frequently - negative (crashed the business!). One interesting design issue is how often will users be able to run the game and still enjoy it? (In other words, are there a multitude of possible plots, or only one main one with a few variations?)

Theme. The sponsors of a simulation are often concerned with the theme, i.e. the learning objectives and business issues built into the simulation. Often these involve trade-offs between conflicting business goals. An e-business simulation might allow users to struggle with “bricks or clicks”, that is, the tension between opening up an online channel to sell goods and the cannibalization that implies of traditional retail outlets. Another common conflict is between the cost of an intangible investment (for example, in customer service) and its return. Without one or more strong themes the simulation will be entertaining but have little value.

Moral. The morals of the story are the take-home points from the simulation. What did the user do? What should the user have done differently? What are the points they should have learned?

A Simulation Game in One Act

A colleague of mine once played a business simulation game in a micro-economics college course where his grade was partially based on our score in the game. As a budding professional in simulation development, he was determined to beat the system.

The game involved offering a price for a product with a goal of maximizing profit. The game was played for 10 rounds (with 5 initial practice rounds) using a simple set of decisions and results.

My colleague surmised that there was a model behind the scenes that looked something like this:

After playing a few practice rounds he graphed the price-demand curve and confirmed that the relationship was a smooth curve. He then determined the optimum price and offered the same price again and again. By the end of the game, he was thoroughly bored, although he had the highest score in the class. However, the next time there was a simulation assignment, he forgot to go to the lab and play the game!

My point is not to illustrate the study habits of my friend, but to note that simulations with simple or absent storylines can be deadly dull and (often) either are too hard to understand or (in this case) too easy.

A Simulation with Zest

Clearly, the previous simulation described could have been more engaging with a better story. Imagine a different scenario…

The student “Frank” sits at the computer, and reads a memo, flashed on the screen on corporate letterhead from “SafePath Grocery Store”. It’s from Bob Smith, store manager.

“Frank, I’m going on vacation for the next 8 weeks and am handing management of the store over to you in the meantime. As you know, it’s ‘Back to School’ time, our second most important season. It’s important you make the right decisions, or our store will lose market share to the competition just before Christmas. I’ve asked Jack Johnson, our manager from the store down the road, to drop in from time to time and offer suggestions. I’ll award you a bonus of 10% of any increase in profits while I am gone. I’m sure you’ll do well. Good luck!”

As Frank examines the various simulation screens, he notices two things. The “Decisions” screen has only one item, “BlixCreem Price”. A recent financial statement lists BlixCreem toothpaste sales as 500 units per week. A “post-it” note on the report suggests, “HQ suggests we might be able to raise the volume of these if we lower the price. What do you think? Bob.”

Frank runs the simulation for two weeks, playing with different prices on the BlixCreem toothpaste. He successfully raises the profit on that item by 25%.

On Day 10, a picture of store manager “Jack Johnson” appears on the screen and a written note appears: “Frank, heard that you had some success boosting sales of BlixCreem. Nice job! We’ve followed your lead and have done the same. Unfortunately, our main competitor ‘A-Mart’ has also lowered their price on their main toothpaste brand. We can expect some rough times ahead. Our regional marketing department should be getting in touch with you immediately.”

Frank immediately reviews the latest day’s sales reports and sees that BlixCreem sales have dropped down from the day before. He then notices that his decision page has more than just the Price decision he had previously. Now he has “Marketing Budget” as well.

And the simulation continues.

At the end of the simulation, Frank submits a report to his instructor containing a write-up of his business strategy, a printout of the simulation listing his high score, and a diagram drawing his view of the key business relationships in the simulation. The diagram looked something like the following:

Guidelines for Writing a Simulation Story

As the previous anecdote illustrates, creating a good simulation story involves both content and technical design. The following characteristics are important:

Conclude with a Debriefing

Not described in the above example is the debriefing. After every simulation, an analysis of the simulation helps the learner to process his experiences and turn them into a deeper understanding of the business issues. In a classroom setting, this might be instructor driven. However, online simulations can do this as well through one or more of the following:

A successful simulation will engage the learner, address the relevant content, and help the user to understand the cause-and-effect relationships that are driving the business simulation. Of these items the last is the most critical. In the end a simulation is not about presentation, but is about interactive learning. A good story is a key part of making this happen.

Determining the Validity of Simulation Models

Verify a model by examining its assumptions, technical structure, behavior, and the business policies it represents – not by asking how realistic it is.